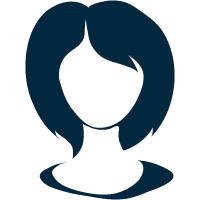 Welcome to my blog. When I was a teen, I started dabbling with coloured glass and stained glass art. Later, I helped work on a number of houses, and my partner and I often changed the windows in those houses. Through that experience, I learned a lot about maintaining, protecting and repairing glass. Currently, I am not working on any projects, so I decided to create a blog full of the information I have learned about glass over the years. Whether you are an artist, a glass installer, a homeowner thinking about new windows or anyone else with a question or concern about glass, this blog is designed for you.

Maintaining, Protecting and Repairing Glass: Tips for Everyone

The Benefits of Aluminium Glass Windows

Aluminium glass windows have been around since the early part of the twentieth century. Famously, New York's Empire State Building was one of the first big structures to feature windows with frames made from aluminium which was then seen as a very futuristic metal. Nowadays, aluminium windows are still used to achieve a striking architectural effect. However, they do more than merely offer a silvery finish at the edge of glazed units, such as windows, skylights and bi-folding doors. Why should you consider fitting them rather than other framing materials, such as wood or uPVC?

Because aluminium is a strong metal, you can use it to create larger expanses of glazing than would be possible with inferior materials. In short, aluminium glass windows tend to be larger with fewer sections of supporting framework needed for even the biggest, floor-to-ceiling windows. What's more, the high tensile strength of aluminium means that the framework surrounding a pane of glass can be narrower. In turn, this results in a more streamlined look that allows more natural sunlight to flow in. In other words, there is more glass with an aluminium framed window than there would be with a comparably sized uPVC framed window, for example.

Aluminium can be used for windows, glazed doors and skylights to create a uniform look throughout a property. Indeed, aluminium glass windows are sometimes placed next to one another to form a curtain wall, a look that tends to be particularly effective in commercial premises, such as office blocks and retail developments. Even better, designers do not need to stick to the silvery finish of natural aluminium. The metal is straightforward to lacquer and paint. Alternatively, it can be powder coated in any colour you like for a very even appearance.

In the past, one of the downsides associated with aluminium glass windows was that they conducted too much heat. This meant that they tended to get hot in the summer as the sun's rays hit the outer section of the frame, energy which would then radiate inside as heat. The opposite problem occurred in the winter when aluminium windows tended to allow an excessive amount of heat to flow out. These days, window manufacturers make the outer and inner sections of theirs frames from two distinct sections of extruded aluminium. Between them, they will fit a thermal break that prevents these problems, thereby offering owners a great deal of thermal insulation.